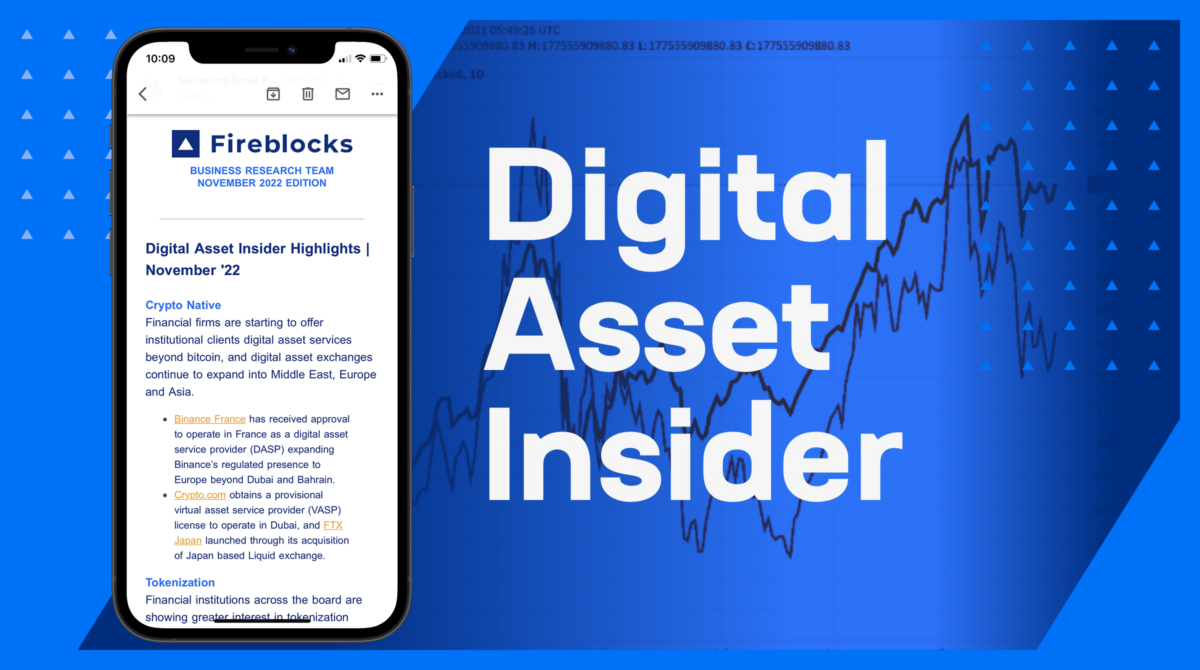 What do you think of Digital Asset Insider?  Fill out this quick 2-minute survey to share your thoughts.

Traditional markets have experienced weak performance, and institutional investors are expecting slower economic growth in the future, as higher interest rates take effect to reduce inflation. Digital assets having fallen from their peak in November 2021 are looking more attractive to qualified investors, and large financial institutions are making it easier for them to access these markets.

Global regulators are seeking to balance retail access to digital assets and measures to protect retail investors as they engage this emerging asset class. Thousands of companies in Brazil are reported to hold some form of digital assets on their balance sheets.

Decentralized Finance (DeFi) technologies are being used in tokenization trials conducted by a central bank related to digital government bonds and cross-border foreign exchange transactions. Staking has been adopted into the non-fungible tokens (NFTs) ecosystem as a way to generate yield for users and encourage holders to remain in the ecosystem. Zero-knowledge identity protocols are being developed to solve for privacy of personal data and enable engagement with blockchain based products and services.

Central banks continue to run projects to test blockchain technology infrastructure, identify operational gaps, and design the technological intricacies of central bank digital currencies (CBDC). However, the central bank announcements remain non-commital to whether they will issue a CBDC or what type of CBDC (retail or wholesale) they are looking to potentially issue.

The United Nations climate change summit COP27 kicked off in Egypt last week, with funding of poorer nations by richer nations being one of the agenda items. The issuing of green bonds to fund infrastructure projects in these developing nations, could be one avenue to support these countries in building a sustainable economy.

Crypto-native markets continued to trade sideways and ended moderately higher month-on-month. Total Market Capitalization (TMC) reached just above $1 trillion in October. The month was quiet with again few catalysts to move the markets out of the sideways trend.

Digital asset markets remained relatively flat in October. The exception being Dogecoin which saw its market capitalization double on news of Elon Musk allowing the token to be used to purchase SpaceX merchandise. 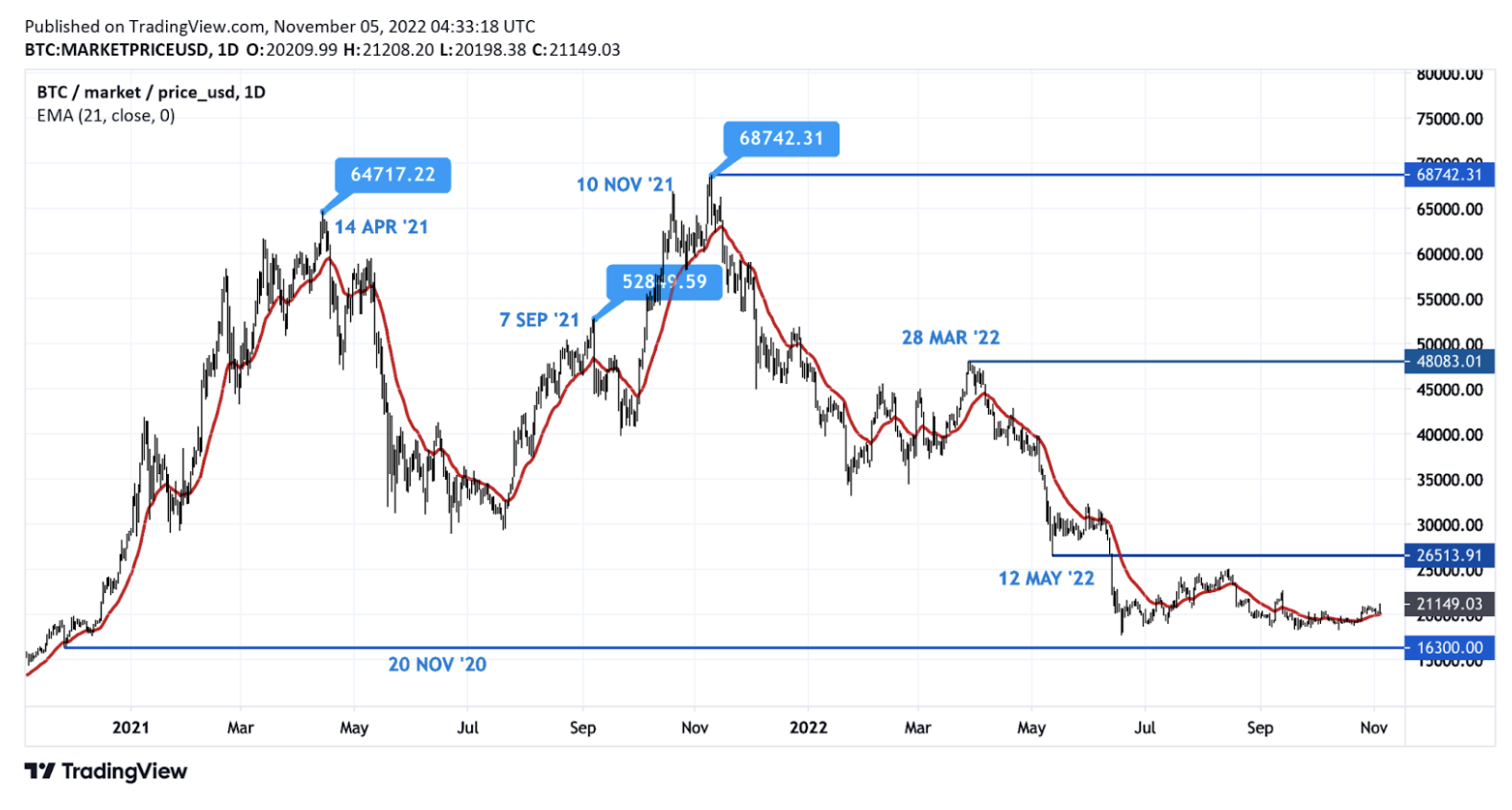 Bitcoin remained between $25,000 and $17,000 with little catalyst to move price in any clear direction. Netflows turned negative at the beginning of October from exchanges. Ethereum remained between the $1,000 to $2,000 levels. There has been no identifiable catalyst to move price in either direction. DeFi TVL continued to move sideways along with the underlying token prices.

Total value locked (TVL) for the protocols ranking behind Ethereum was mixed with Solana and Avalanche falling the most.